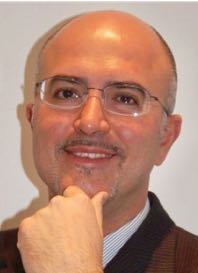 Established in 1992 and part of the World-leading container terminal operator PSA Group (Singapore) as from 1998, PSA Voltri-Prà is a final gateway hub handling over 1.6 Million TEUs per year, with an impressive road traffic of above 2.500 trucks per day and 64 train pairs per week. Strategically positioned in the upper North-Thyrrenian Sea, out of the jammed Genoa City center, it is one of the major Port Terminal Facilities in the Mediterranean area. To keep the pace with increasing competition and to guarantee a safe and healthy work environment, PSA Voltri-Prà decided to start an Automation Program covering quay crane automation, yard crane remote control and truck flow optimization. In this presentation, after a brief introduction of the Company, the Author will present current project status, implemented technical solutions and open challenges.

Stefano Cangelosi received his Master degree in Electronic Engineering from the University Of Genoa, Italy, in 1997, discussing a thesis on industrial automation developed at Fraunhofer-Institut für Produktionstechnik und Automatisierung, Stuttgart, Germany. In 1997-1998 he served as Quality Assurance Officer in the Italian Navy, with the rank of 2nd Lieutenant. His areas of duty covered quality certification of Navy suppliers, technical audit of Companies supplying weapons, on-board combat and/or navigation systems and electrical equipment. Before joining PSA he worked in the SW development area for Elsag, Finmeccanica Group, Genoa (1999-2001) and FDM, Milan (2001-2005), where he managed several projects in complex logistic environments.

In 2005 he joined PSA Voltri Prà handling the migration of the local Terminal Operating System to a new product, leading the Operations Support team in the period 2008-2015. Main duties of the team are to guarantee TOS maintenance and support, as well as tuning operational processes to get maximum business return from the Terminal Operations. In 2015-2016 he was leading the IT Department in PSA Venice Terminal, successfully managing the migration to the new TOS. As from 2016, back to PSA Voltri-Prà, he is leading all terminal automation projects jointly with the Regional Europe, Mediterranean & Americas Automation Team and the Group Technology Team based in Singapore.

Director of research at the CNRS, GIPSA-Lab, Grenoble, France 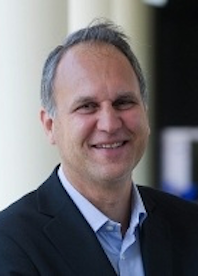 This lecture is devoted to a large public and concerns traffic control problems in urban areas. The talk addresses 3 popular topics in intelligent traffic systems. 1)  Eco-driving concerns the possibility to suggest optimal speeds to each individual drives so that they can catch the green waves and to avoid unnecessary stops at the intersections. Traffic light sequences are known and given; the optimization is then done via optimal path search in graphs. 2) Bandwidth optimization consists in devising traffic light sequences maximizing the green-wave size. Liner programming is here used to compute the light phases and green/red periods. One novelty in this work is the possibility to include variable speed control, account for energy consumption, and varying traffic demands. 3) Traffic light on-line optimization consists in, computing in real-time and according to the road occupancy, a new control policy every cycle. This feedback strategy is based on a mathematical model (vehicle conservation), and a one-step head optimal control design, which can be formulated as a linear program problem. The talk will also shows some animated simulations, using a microscopic simulator.

Canudas-de-Wit, Carlos was born in Villahermosa, Tabasco, Mexico in 1958. He received his B.Sc. degree in electronics and communications from the Technological Institute of Monterrey, Mexico in 1980. In 1984 he received his M.Sc. in the Department of Automatic Control, Grenoble, France. He was visitor researcher in 1985 at Lund Institute of Technology, Sweden. In 1987 he received his Ph.D. in automatic control from the Polytechnic of Grenoble (Department of Automatic Control), France. Since then he has been working at the same department as “Director of Research at the CNRS”, where He teaches and conducts research in the area of control systems. He is the current leader of the NeCS GIPSA-Lab (CNRS)-INRIA team on Networked Controlled Systems.

He has established several industrial collaboration projects with major French companies (FRAMATOME, EDF, CEA, IFREMER, RENAULT, SCHNEIDER, ILL, IFP, ALSTOM). He has been associate editor of the IEEE-Transaction on Automatic Control, from 1992 to 1997, AUTOMATICA, from 1999 to 2002, IEEE Transaction on Control System Technology 2013-17. He is currently Associated Editor of: the Asian Journal of Control (since 2010), and the IEEE Transaction on Control of System Networks (since 2013). He holds the presidency of the European Control Association (EUCA) for the period 2013-15, and served at the IEEE Board of Governors of the Control System Society 2011-2014. He is IEEE Fellows from the Control Systems Society and IFAC Fellow. He holds the ERD-AdG Free-ScaleBack from 2016-2021. 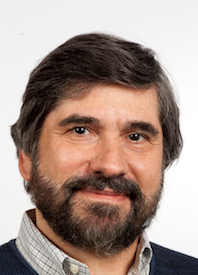 “THE INTERNET OF CARS”

The “Internet of Cars” refers to a cyber-physical system consisting of Connected Automated Vehicles (CAVs) whose ultimate goal includes automating all aspects of mobility, from interconnected self-driving vehicles to on-demand sharing of transportation resources. The availability of large amounts of data, ubiquitous wireless connectivity, and the critical need for scalability open the door for new control and optimization methods that will enable the creation and effective operation of such a system. The talk will address two key questions. First, how can we quantify the expected benefits of an Internet of Cars so as to justify the challenging technological, economic, and social transitions involved towards its implementation? To do so, we will describe how large amounts of actual traffic data can be harnessed and drive inverse optimization methods to measure the value of CAVs in terms of eliminating the prevailing Price of Anarchy: the gap between current “selfish” user-centric traffic equilibria and optimal “social” system-centric equilibria which are achievable with automated mobility. Second, a decentralized optimal control framework will be presented to show how CAVs can operate to achieve the goals of reducing congestion and energy consumption while ensuring passenger comfort and guaranteeing safety requirements. As an illustration, we will show how to accomplish this at signal-free urban intersections.

Christos G. Cassandras is Distinguished Professor of Engineering at Boston University. He is Head of the Division of Systems Engineering, Professor of Electrical and Computer Engineering, and co-founder of Boston University’s Center for Information and Systems Engineering (CISE). He received degrees from Yale University (B.S., 1977), Stanford University (M.S.E.E., 1978), and Harvard University (S.M., 1979; Ph.D., 1982). In 1982- 84 he was with ITP Boston, Inc. where he worked on the design of automated manufacturing systems. In 1984-1996 he was a faculty member at the Department of Electrical and Computer Engineering, University of Massachusetts/Amherst. He specializes in the areas of discrete event and hybrid systems, cooperative control, stochastic optimization, and computer simulation, with applications to computer and sensor networks, manufacturing systems, and transportation systems. He has published about 400 refereed papers in these areas, and six books. He has guest-edited several technical journal issues and serves on several journal Editorial Boards. In addition to his academic activities, he has worked extensively with industrial organizations on various systems integration projects and the development of decision-support software. He has most recently collaborated with The MathWorks, Inc. in the development of the discrete event and hybrid system simulator SimEvents.

Dr. Cassandras was Editor-in-Chief of the IEEE Transactions on Automatic Control from 1998 through 2009 and has also served as Editor for Technical Notes and Correspondence and Associate Editor. He is currently an Editor of Automatica. He was the 2012 President of the IEEE Control Systems Society (CSS). He has also served as Vice President for Publications and on the Board of Governors of the CSS, as well as on several IEEE committees, and has chaired several conferences. He has been a plenary/keynote speaker at numerous international conferences, including the American Control Conference in 2001 and the IEEE Conference on Decision and Control in 2002 and 2016, and has also been an IEEE Distinguished Lecturer.

He is the recipient of several awards, including the 2011 IEEE Control Systems Technology Award, the Distinguished Member Award of the IEEE Control Systems Society (2006), the 1999 Harold Chestnut Prize (IFAC Best Control Engineering Textbook) for Discrete Event Systems: Modeling and Performance Analysis, a 2011 prize and a 2014 prize for the IBM/IEEE Smarter Planet Challenge competition (for a “Smart Parking” system and for the analytical engine of the Street Bump system respectively), the 2014 Engineering Distinguished Scholar Award at Boston University, several honorary professorships, a 1991 Lilly Fellowship and a 2012 Kern Fellowship. He is a member of Phi Beta Kappa and Tau Beta Pi. He is also a Fellow of the IEEE and a Fellow of the IFAC.

Professor at the School of Production Engineering and Management, Technical University of Crete, Greece

Motorway traffic congestion has a strong economic and social impact in and around densely inhabited areas. The development and implementation of proper motorway traffic control measures may lead to a sensible reduction of traffic congestion and to an increase of the overall capacity of motorway traffic networks. On the other hand, a significant and growing interdisciplinary effort by the automotive industry, as well as by numerous research institutions, has been devoted in the last decade to planning, development, testing and deployment of a variety of Vehicle Automation and Communication Systems (VACS) that are expected to revolutionise the features and capabilities of individual vehicles within the next decades. The presentation starts with a brief introduction to the rationale and impact of motorway traffic management, along with an overview of expected changes in the years and decades to come. This is followed by a selection of summarised results from the ERC Advanced Grant TRAMAN21 (www.traman21.tuc.gr) related to motorway traffic flow modelling, estimation and control with VACS, including aspects of system architecture.

Markos Papageorgiou received the Diplom-Ingenieur and Doktor-Ingenieur (honors) degrees in Electrical Engineering from the Technical University of Munich, Germany, in 1976 and 1981, respectively. He was a Free Associate with Dorsch Consult, Munich (1982-1988), and with Institute National de Recherche sur les Transports et leur Sécurité (INRETS), Arcueil, France (1986-1988). From 1988 to 1994 he was a Professor of Automation at the Technical University of Munich. Since 1994 he has been a Professor at the Technical University of Crete, Chania, Greece. He was a Visiting Professor at the Politecnico di Milano, Italy (1982), at the Ecole Nationale des Ponts et Chaussées, Paris (1985-1987), and at MIT, Cambridge (1997, 2000); and a Visiting Scholar at the University of California, Berkeley (1993, 1997, 2001, 2011) and other universities.

Dr. Papageorgiou is author or editor of 5 books and of over 450 technical papers. His research interests include automatic control and optimisation theory and applications to traffic and transportation systems, water systems and further areas. He was the Editor-in-Chief of Transportation Research – Part C (2005-2012). He also served as an Associate Editor of IEEE Control Systems Society – Conference Editorial Board, of IEEE Transactions on Intelligent Transportation Systems and other journals. He is a Fellow of IEEE (1999) and a Fellow of IFAC (2013). He received a DAAD scholarship (1971-1976), the 1983 Eugen-Hartmann award from the Union of German Engineers (VDI), and a Fulbright Lecturing/Research Award (1997). He was a recipient of the IEEE Intelligent Transportation Systems Society Outstanding Research Award (2007) and of the IEEE Control Systems Society Transition to Practice Award (2010). He was presented the title of Visiting Professor by the University of Belgrade, Serbia (2010). The Dynamic Systems and Simulation Laboratory he has been heading since 1994, received the IEEE Intelligent Transportation Systems Society ITS Institutional Lead Award (2011). He was awarded an ERC Advanced Investigator Grant (2013-2018).